For all of us that ever wondered about “Sweet Christmas.” 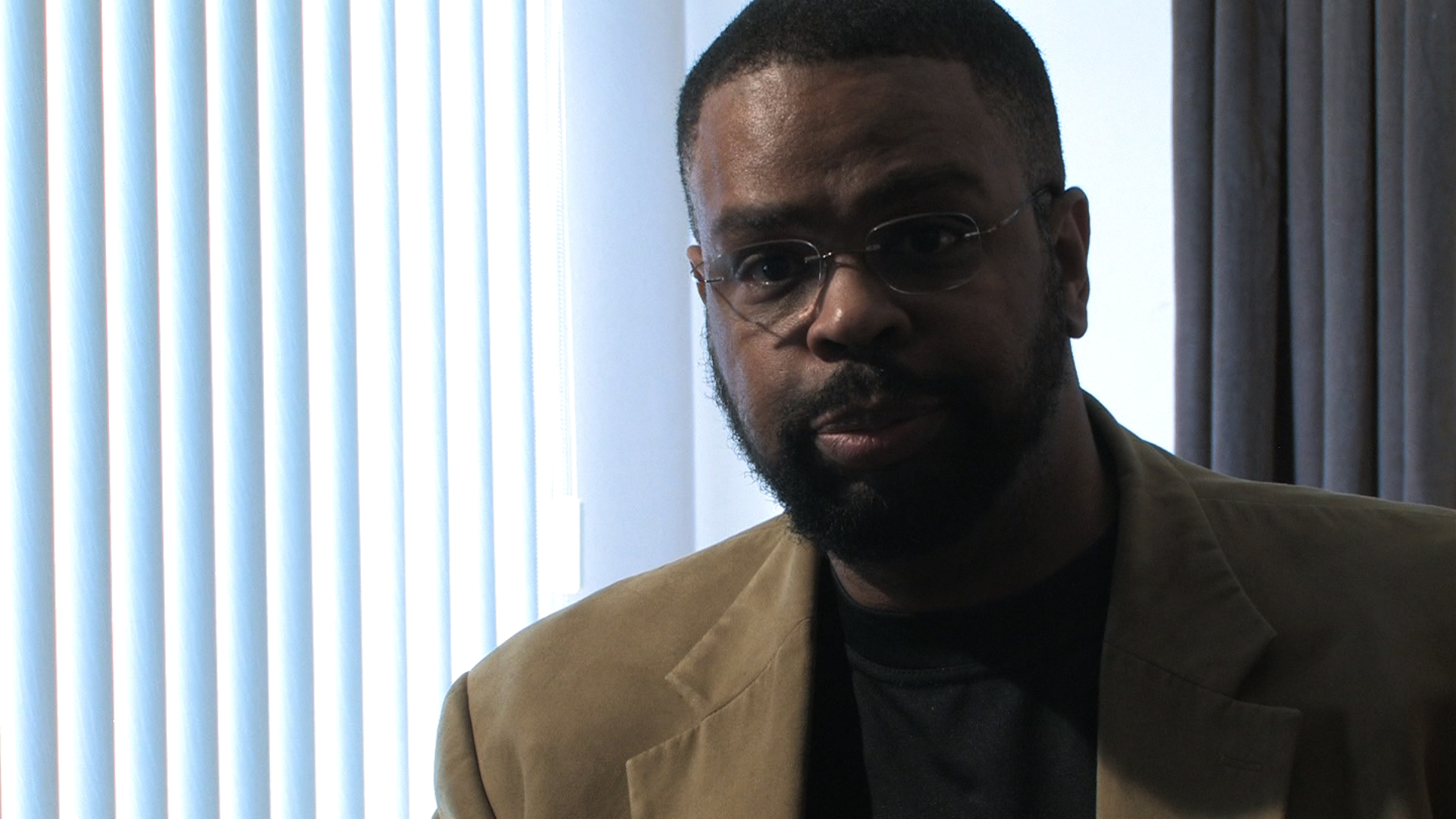 McDuffie was born and raised in Detroit, Michigan and attended Roeper School. He attended the University of Michigan studying physics, graduating with an undergraduate degree in English, and a graduate degree in physics. He then moved to New York to attend film school at New York University’s Tisch School of the Arts.

He co-hosted a radio comedy program, and also wrote under a pseudonym for stand-up comedians and late-night television comedy programs. While working as a copy-editor for a financial magazine, a friend got him an interview for an assistant editor position at Marvel Comics.

While on staff at Marvel as Bob Budiansky’s assistant on special projects, McDuffie also scripted stories for the company. His first major work was Damage Control, a series about the company that shows up between issues and tidies up the mess left by the latest round of superhero/supervillain battles. While an editor at Marvel, he submitted a spoof proposal for a comic entitled Teenage Negro Ninja Thrasher in response to Marvel’s treatment of its black characters. Becoming a freelancer in early 1990, McDuffie followed that with dozens of various comics titles for Marvel comics, DC Comics, and Archie Comics. He wrote Monster in My Pocket for Harvey Comics editor Sid Jacobson, whom he cites on his website as having taught him everything he knows.

In 1992, wanting to express a multi-cultural sensibility that he felt was missing in comic books, McDuffie co-founded Milestone Media, a comic book company owned by African-Americans. McDuffie explained:

“ If you do a black character or a female character or an Asian character, then they aren’t just that character. They represent that race or that sex, and they can’t be interesting because everything they do has to represent an entire block of people. You know, Superman isn’t all white people and neither is Lex Luthor. We knew we had to present a range of characters within each ethnic group, which means that we couldn’t do just one book. We had to do a series of books and we had to present a view of the world that’s wider than the world we’ve seen before. ”

Milestone debuted its titles in 1993 through a publishing deal with DC Comics. Serving as editor-in-chief, McDuffie created or co-created many characters, including Static.

After Milestone had ceased publishing new comics, Static was developed into an animated series Static Shock. McDuffie was hired to write and story-edit on the series, writing eleven episodes.

McDuffie was hired to help revamp and story-edit Cartoon Network’s popular animated Ben 10 franchise with Ben 10: Alien Force, continuing the adventures of the ten-year-old title character into his mid and late teenage years. During the run of the series, McDuffie wrote and/or story-edited all forty-six episodes. McDuffie is currently Producing and story editing a second sequel series Ben 10: Ultimate Alien, which premiered in April 2010.

After his popular work in Justice League and Justice League Unlimited, McDuffie returned to writing comic books. He wrote the Marvel mini-series Beyond!, a pseudo-sequel to Secret Wars.

In 2007, McDuffie wrote several issues of Firestorm for DC Comics, starting in January through to its cancellation. Later that year, he started a regular writing duty on Fantastic Four with issue 542, as well as Justice League following Brad Meltzer’s run, with issue 13. He was later fired from Justice League following a Lying in the Gutters compilation of his frank answers to fans about the creative process.

McDuffie recently wrote Milestone Forever for DC Comics, a two-issue, prestige format mini-series chronicling the final adventures of his Milestone characters before a catastrophic event that fuses their continuity with the continuity of the DC Universe.

Since 1997 McDuffie hosts in his Official website the Dwayne McDuffie Forums, which feature threads revolving around his works and their related and diverse fields. The longest thread is Ask The Maestro (that’s Dwayne), in which he answers questions from his fans.

In 2003, McDuffie and co-writer Alan Burnett were awarded the Humanitas Prize in Children’s Animation for the “Jimmy” episode of Static Shock. In both 2003 and 2004 he was nominated, with other Static Shock creators, for daytime Emmy awards.

In 2005, he was nominated for the Writers Guild of America award in animation, with Rich Fogel and John Ridley for the “Starcrossed” episode of Justice League.

In 2008, McDuffie was voted ‘Favorite Breakout Talent’ in the Wizard Fan Awards in Wizard Magazine. 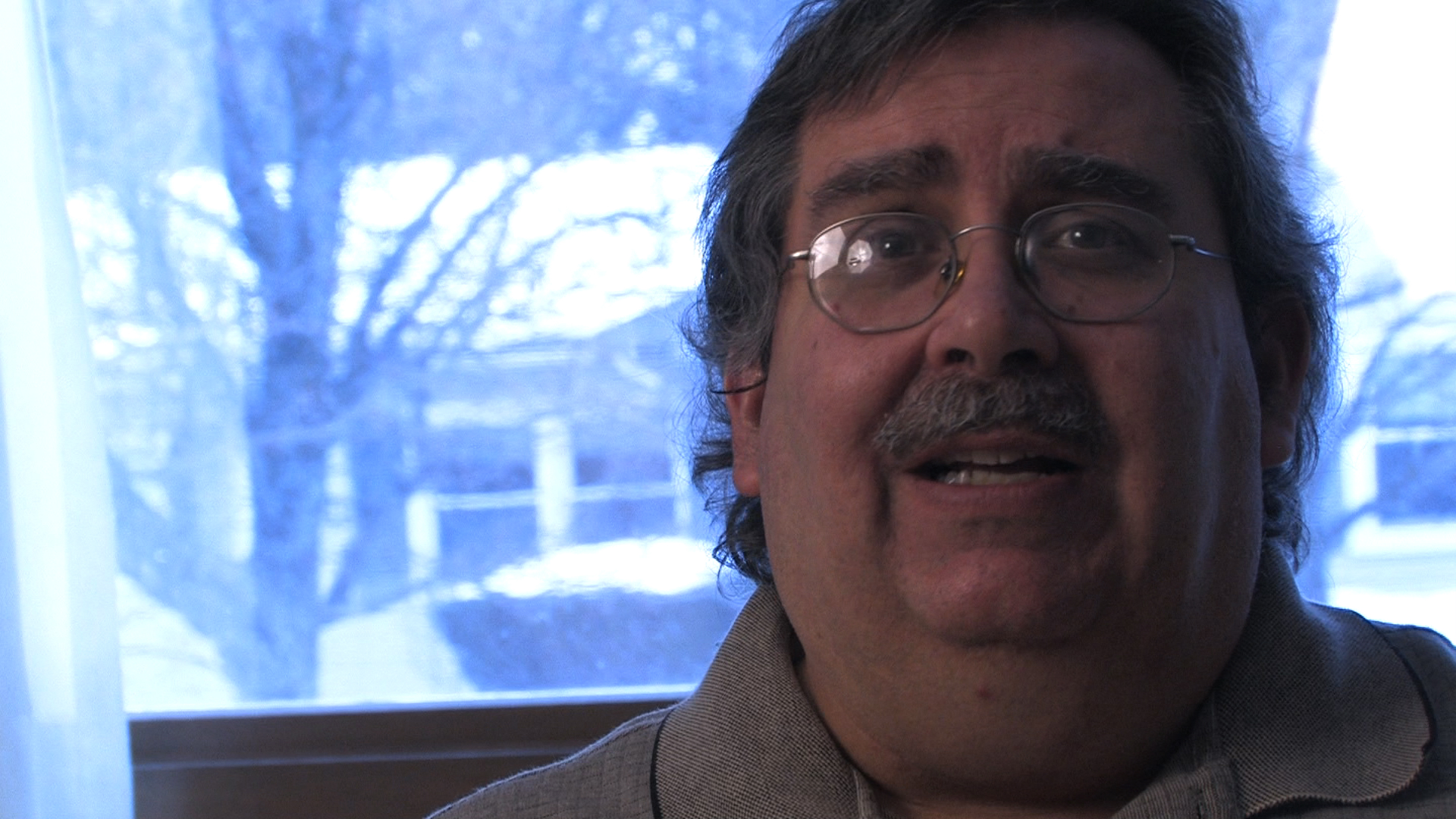 I was born on December 22, 1951, which makes me, among other things, older than Godzilla. I learned to read from comics at the age of four and have never stopped reading them. Along the way, I started writing to comic-book letter pages, writing for comics fanzines, corresponding with other comics fans and the occasional comics pro, and going to comic-book conventions. Clearly, I was on the road to ruin.

That road led from my then-home of Cleveland, Ohio to New York City and a job as an editorial assistant at Marvel Comics. It was the fall of 1972, and, much to my amazement, I found myself working with Stan Lee, Roy Thomas, Sol Brodsky, and so many other legendary comics creators that merely listing them would fill this column and allow me to knock off early today. This, my now-less-cute editors inform me, would be a bad idea.

I did other work-type things before getting into the comics industry, have done them while I was doing comics gigs, and still do them to this day. However, comics has been my chosen profession and, in my 31 years in the field, my titles have included: writer, editor, retailer, distributor, publicist, consultant, lecturer, and columnist. I have been called “America’s most-beloved comic-book writer and columnist” (initially by myself, as a joke, but darned if it didn’t catch on) and the “granddaddy of online columnists” (by virtue of the thousands of columns I have written for my TONY’S ONLINE TIPS website). I’m trying to get people to think of me as “the guy we send money to for no good reason whatsoever,” but that one isn’t meeting with wide acceptance. Yet.

I created Black Lightning at DC Comics, co-created Tigra for Marvel Comics, developed Jack Kirby‘s Satan’s Six at Topps Comics, and have written for countless other comic-book titles from AMAZING SPIDER-MAN to YOUNG LOVE. Of course, when I say “countless,” what I really mean is that I’ve never counted them. Math confuses and frightens me.

I was an editor at both Marvel and DC in the 1970s. I owned and operated a comic-book store for over a decade in the 1970s and 1980s. In recent years, working with Bob Ingersoll, I’ve published two novels: CAPTAIN AMERICA: LIBERTY’S TORCH and the just-released STAR TREK: THE CASE OF THE COLONIST’S CORPSE. If I can’t be known as “the guy people send money to for no good reason whatsoever,” I could live with “bestselling author.” Hint, hint.

I live in Medina, Ohio with Sainted Wife Barbara we have two wonderful children, Eddie and Kelly.

For the most current information on my availability as a writer, editor, consultant, convention guest, or lecturer, email me at tony@wfcomics.com. 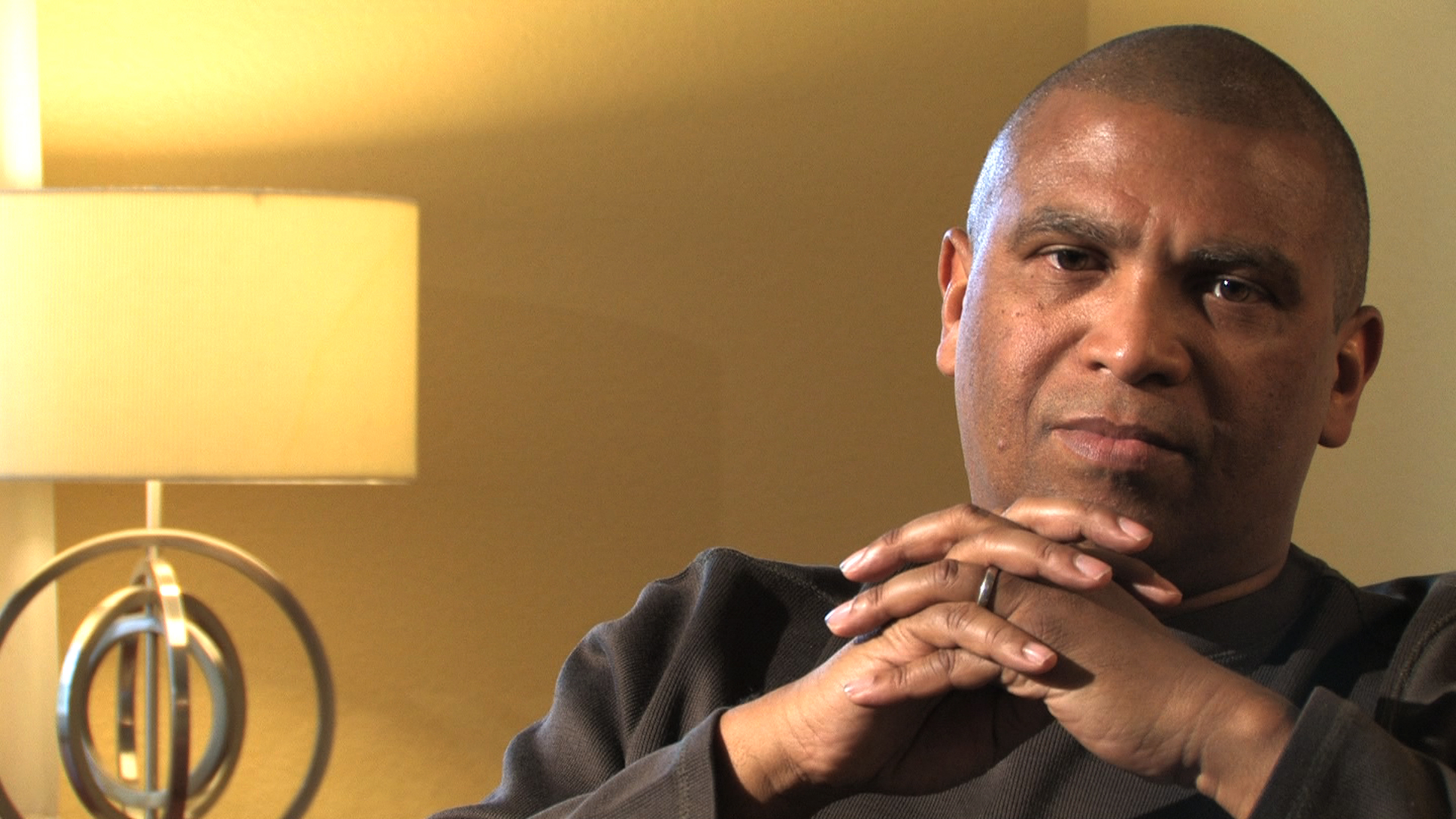 Reginald Hudlin is unique in the entertainment business because of his success as a writer, producer, director and executive. To quote cultural critic Jimi Israel, “Hudlin is a modern-day Gordon Parks, a true monster in the game who totally re-did the blueprint: what some people used to call a renaissance man. I dig him because he made me think outside of the box. Hudlin writes and directs movies, pens a comic book, and he was running BET. That’s multi-tasking for your ass”.

Hudlin is a pioneer of the modern black film movement, creating movies likeHOUSE PARTY, BOOMERANG and BEBE’S KIDS, which are some of the most profitable and influential films of his generation. He is the executive producer and writer of the upcoming BLACK PANTHER animated series starring Djimon Hounsou, and was executive producer of THE BOONDOCKS. Hudlin also directed the pilot of the hit series EVERYBODY HATES CHRIS and was a producer and director of THE BERNIE MAC SHOW.

During his more than three year tenure as the first President of Entertainment for Black Entertainment Television, Hudlin created 17 of the top 20 rated shows in the history of the network. Those hits include the award-winningKEYSHIA COLE: THE WAY IT IS; the critical and commercial hitAMERICAN GANGSTER; and SOMEBODIES, the network’s first scripted series, which was called one of the five best new shows of the 2008 fall season by USA TODAY and the LOS ANGELES TIMES.

Under Hudlin’s stewardship, BET had its first ever telethon, which supported Hurricane Katrina relief efforts. He created the BET HIP HOP AWARDS and the BET HONORS – two successful network franchises. He created a profitable home entertainment division for the network and completely rebuilt the news division, which went on to win 13 awards in two years.

A lifetime comic book reader with over 50,000 books in his collection, one of Reginald’s dreams came true four years ago when be became the full time writer for BLACK PANTHER comic book series for Marvel Comics. He continued writing the series while working as an executive for BET, turning in a 22 page monthly book for over three years. BLACK PANTHER is the most successful black super hero series ever, which led to Hudlin writing an award winning run of SPIDER MAN, Marvel’s flagship character.

Hudlin co-authored his first book BIRTH OF A NATION in July 2004. BIRTH is a comic novel about Hudlin’s hometown of East St. Louis seceding from the United States. The Random House publication received glowing reviews in Time, Entertainment Weekly and Publisher’s Weekly, among others.

Hudlin’s first feature film, HOUSE PARTY, was based on a short film he directed while a student at Harvard University. The1990 version won the prestigious Filmmakers Trophy and the Best Cinematography Award at the Sundance Film Festival and also received the Clarence Muse Youth Award and a New Visions, New Voices Award from the Black Filmmakers Hall of Fame.

HOUSE PARTY is one of the most profitable films of the decade and was critically acclaimed, receiving reviews from film critic Roger Ebert, the New York Times, Time, Newsweek and USA Today. The film launched a franchise, inspiring three sequels; a Saturday morning animated series and a comic book. When New Line Pictures successfully raised 100 million dollars in a public stock offering, HOUSE PARTY was the only film touted in their advertising campaign to the financial markets.

During this period, Hudlin simultaneously wrote and executive producedBEBE’S KIDS, the first African American animated feature film. BEBE’S KIDS was based on the comic routines of the late Robin Harris, who played Pop in HOUSE PARTY.

Reginald has been a featured speaker at Vermont Law School; the John F. Kennedy School of Government at Harvard University; Yale University; the Montclair Art Museum; The Directors Guild; the Academy of Television Arts and Sciences; the American Bible Society; the San Diego Comic Con; and more.

Hudlin sits on the boards of the UCLA Film, Television and Theatre Department; and the Hollywood Television and Radio Society and the Black Filmmaker Foundation. He is a member of the Motion Picture Academy, the DGA, WGA and, SAG.

He lives in Los Angeles with his wife Chrisette, daughter Helena and son Alexander.